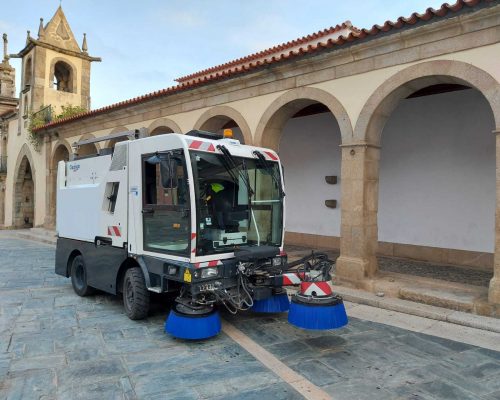 The improvement in the standard of living in cities has gone hand in hand with the improvement in street cleaning, which is becoming more professionalised and mechanised. More and more street sweepers are being seen on the streets, as they are high-performance equipment, on those roads and wide public spaces that allow the passage of machinery.

technology, which work in demanding conditions (trash, water, sand) and go unnoticed in the urban environment. In the following list, we will collect the 10 best street sweeping machines

The Citycat 2020 is perhaps the most common sweeping machine in Europe, and there is a reason for that.

Manufactured in Austria and distributed exclusively in Spain by RosRoca, specialist in urban cleaning machines.

They are relatively small and articulated sweeping machines, ideal for the cramped urban centres of European cities. They are robust, highly technological, and comfortable. Its 2 m3 may seem small, but it generally solves a working day. Recently, the Austrian giant has brought out an electric version to reduce one of its weaknesses, the noise. It perfectly complements its big sister, the much larger 5000, which is designed for large avenues in new neighbourhoods and industrial estates.

This machine, manufactured in the Netherlands, is probably the next most common machine seen in European street cleaning. Particularly in Spain, distributed by SVAT, thanks to the fact that FCC has made a strong commitment to these sweeping machines in its cleaning services.

It is the most robust and easily recognisable sweeping machine, the “Ravo” style, as well as very technological it is very comfortable for the driver. They do not have a small articulated version, so they are not suitable for narrow environments, but it is very good and practical in open spaces.

When two big names with a lot of experience in sweepers like Aebi and Schmidt merge, you can only get quality sweeping machines. The ASH group offers a complete range much wider than street cleaning and covers sectors as diversified and demanding as winter maintenance, airports, railways and agricultural. In street cleaning they have 2 sizes, and both are compact, the Swingo 200 and the hair of the Cleango, the CG500.

Both, but especially the second one, are recognised for being reliable and robust sweeping machines.

We are now entering one of the major Spanish manufacturers. Piquersa, based in Almeria, is the Spanish street cleaning company that is opening the largest international market, mainly in South America, North Africa, and the Middle East, and this is no coincidence.

The have made a leap in quality and above all comfort, technology, and performance with its new compact 2 m3 model, the BA-2300-H, and it is not easy as it has been a radical change to the historic and best-selling Piquersa dumper-sweepers.

AUSA is the other major Spanish company. AUSA is best know for the manufacture of public works vehicles such as dumper, forklift, and telehandlers, AUSA has been competing with Piquersa in the 120RMB dumper-sweepers successfully for many years.

Suction sweepers have been on the market for 10 years now and are a great success. The users of street cleaning machines emphasise the ease of use and comfort.

Barredoras Antoli is the pioneering Spanish company in the manufacture of sweeping machines in Spain and have been doing so since 1965. If a family-owned company has been competing for so many years against the big European street cleaning equipment manufacturers, it is not by chance, as they offer the best value for money on the market.

Condovan sweeping machines are present in many Spanish towns, especially the small models, the 120 articulated, the 200 driver and the 1500L.

The Italian giant Dulevo, is another major reference in street cleaning machines with its 3000 and 6000 models. They are very large sweeping machines, which is why they are widely used in industries and large construction sites, and have been incorporated into cities, especially for clean new neighbourhoods with wide avenues.

Dulevo was missing a smaller and more agile model for narrow streets and squares and have successfully launched the 850 mini articulat4ed model. Dulevo stands for robustness, quality, and durability.

The English manufacturer Johnston, now marketed by Bucher, has been making sweeping machines for over a century. It is much better known for its “VT” truck-mounted sweepers than for its compact street cleaners, but the “C” family is slowly but surely making their way in. I have not seen the C100s yet, but their big sisters C200 and C400 already show that they come from Dorking.

Another giant in cleaning equipment. Nilfisk has been making cleaning equipment, mainly industrial vacuum cleaners, scrubbers, and sweepers, for more than a century. They have made the leap from industrial sweepers to street sweepers with the CityRanger vacuum models and they are already beginning to be seen sweeping towns and cities all over Spain. They are relatively inexpensive models that manufactured by Nilfisk, ensure quality and performance.

Like Nilfisk, Hako is a German manufacturer of cleaning machines that covers the entire market, from scrubbers, vacuum cleaners, industrial sweepers and of course, street cleaners. The Hako Citymaster have a presence and are very common, especially the 1200. It is an articulated, small, comfortable, and versatile model, which has the Hako after-sales service in its favour. 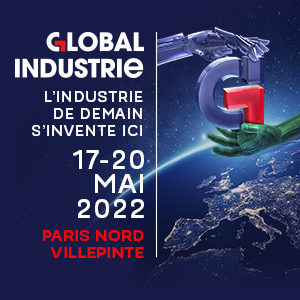 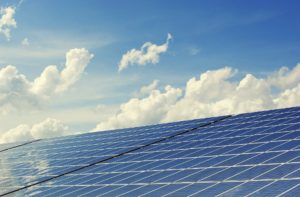 There are different formulas for cleaning the renewable energy installation, depending on the country where it is located, the solar panel installation, the